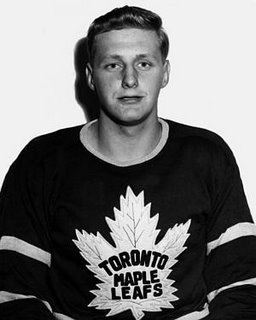 "I wish I could have finished my career in Hershey."
Goaltender Ed Chadwick spent 2 seasons in the early 1960's with the Hershey Bears and fell in love with the community. In a 2000 interview Chadwick reflected on his time in Central Pennsylvania. "We lived in the apartments behind the arena and near the zoo. My daughter got to know the zookeeper and she use to feed the animals. The guys that worked at the area also worked at the rides during the summer. They would take care of the kids. We would just send them over to the park."
Chadwick also spent a significant amount of time in the NHL with the Toronto Maple Leafs and Boston Bruins. When his playing career was over Chadwick moved into the scouting role. Chadwick was instrumental in drafting Mike Bossy and Denis Potvin while with the New York Islanders. His last 19 years were spent scouting for the Edmonton Oilers.
Chadwick is now retired and spend the majority of his time in Fort Erie, Ontario