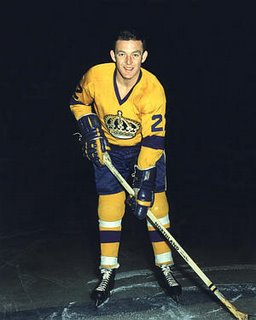 With his hockey career behind him, Bill Inglis spends the majority of his working at a Fort Worth, Texas golf course. There is still time to play plenty of time golfing and still makes the occasional trip to his summer residence in Pembroke, Ontario.
Inglis had two single season stints with Hershey in the 1970's. Inglis led the Bears in scoring in both of his seasons with Hershey. The Ottawa native registered 138 points in 147 games with the Bears.
Inglis played in the NHL with the Los Angeles Kings and during the 1978-79 season he coached the Buffalo Sabres to a 28-19 record.
One Bears game that sticks out in the mind of Inglis was January 5, 1975. "I remember playing the Russians. The big, bad Russians. The arena was sold out. I guess I got lucky and scored a hat trick. We wound up winning 10-7. It was a great game. I remember the Russian coach said afterwards 'We will kidnap that Inglis kid and take him back to Russia'."