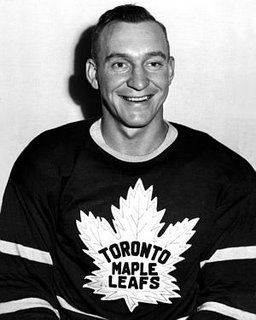 Five Calder Cup Championships. Bob Solinger is one of three players to have won the Calder Cup with three different teams. Thankfully, two of them came while he was patrolling the left wing for the Hershey Bears. The Cup victories came in 1958 and 1959.
Solinger played 225 games with the Bears and tallied 156 points between 1956 and 1960. Other AHL stops included the Cleveland Barons and Pittsburgh Hornets. Solinger was named the 1948 AHL Rookie of the Year.
With all of his AHL accomplishments, the Star City, Saskatchewan native played in the NHL for the Toronto Maple Leafs and Detroit Red Wings.
After hockey, Solinger spent 18 years as a Labor Supervisor for the Government of Alberta. Today, Solinger spends the majority of his time in Mesa, Arizona and still enjoys an occasional game of golf.